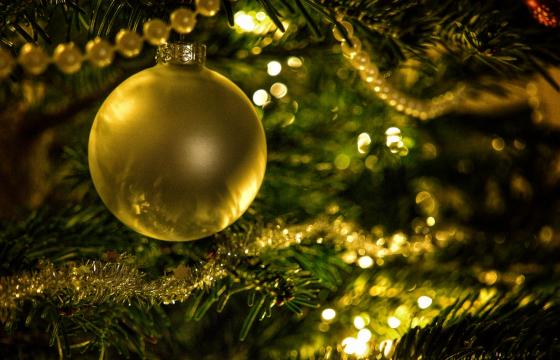 A Dickens Christmas Carol with an IoT Twist...

The plot of A Christmas Carol could be said to be resolved through the auspices of a chilled food retailer – although to what extent the famous goose benefited from a cold chain in 1843 is questionable.

What is certain though is that many food retailers today are going through similar nightmares to Mr. Scrooge as they are visited by the ghosts of Christmas past, present and future. In this season of goodwill and merriment, we thought we could look with seasonal eyes at their predicament.

The Ghost of Food Retailers Past haunts the fridges and freezers of the world’s supermarkets. In the darker corners our ghost shows us how what was, and still is with us; retailers who have built up their estates over time, through a blend of newly built stores and old store acquisitions, are left with complex labyrinth of legacy and new technology. Our ghost shows us, through the eyes of our subject Mr. Scrooge, how this equipment has derived from a variety of manufacturers.  And with this provenance a fiendish combination of controllers with closed protocols or proprietary monitoring systems has come to be, speaking in an incomprehensible babble of technical tongues.

For the awakening Scrooge, the resolve is to combat the complexity and unintelligibility of the past through a sophisticated IoT layer that can integrate to any controller and speak any protocol language. Only through the all-encompassing IMS Evolve IoT solution can the nightmarish spectre of food retailers’ past be brought to an end.

As our subject re-joins his slumber, he is visited by a new spirit; the Ghost of Food Retailers Present. Our new apparition shows us the way the world of retail is now – a harrowing Halloween costume party of frightening home-grown DIY systems and proprietary vendor solutions. Our ghost takes us through the aisles of the chilled and frozen food section and with his long bony finger points to the freezer controller that lacks any integration as the in-house developers could not program the system to read the data. He then takes us to the reach-in coolers where his empty eye sockets alight on the appliance that was never integrated to the IoT solution, all because it was procured from a rival manufacturer that spoke a different communication protocol.

Scrooge surveys the plague of manual inefficiencies that fetter the efficiencies of process; call centres inundated amid fraught store managers stridently assertive in their demand for immediate rectification of refrigeration cases. Overwhelmed by the sheer volume of alarms, he watches the sisyphean task of managers and engineers as they franticly fight to combat the ever-growing list of problems, with no ability to prioritise and no assistance to contextualise, all cast in the culture of futility as many of them are entirely unnecessary.

Scrooge stares in frozen amazement as another weary maintenance engineer, inured to the constancy of false alerts, attends yet another longstanding maintenance issue that was altogether avoidable if he was fully informed. The engineer will be back tomorrow to fix it, but by then the damage will be done and Tiny Tim’s goose ruined.

In his fitful sleep, Scrooge sees the world of retail through the hollow face of the ghost of food retailers present. A nightmarish world where the horrors of unseen and unfiltered critical data combine to condemn the suffering retailer.

As consciousness returns, Scrooge sees the world afresh and knows precisely his intent. To banish the ghost of food retailers past he must commit to a fully integrated, end-to-end IoT solution that is machine agnostic with the capability to extract deep data from any mission-critical asset. Only then can he achieve the calmness of mind enabled by knowing he is accessing 99 percent of all possible data, while being spared the chaotic data overload and endless false alerts through the intelligent algorithms of the IMS Evolve solution.

As dawn warms the chill air outside, our subject is overwhelmed again by sleep. This time in his journey through the land of nod, Scrooge find himself accompanied by the Ghost of Food Retailers’ Future. Unlike his previous companions, this new spectre shows our sleep traveller an image of alternative cloud-based solutions. Just as Scrooge is lulled into the false security around these seemingly all-encompassing systems, our cloud phantom shows him the reality of a system that has no deep data extraction and that lacks edge computing analytics that can prevent data from swamping the central system. As the nightmare unfurls, Scrooge now sees the consequence of the ghoul’s actions; far from solving the problem, the centralised cloud system has rendered the data shallow and superficial while reducing the capacity to provide real insight and actionable intelligence.

As Scrooge awakes, the sun has risen, and he sees the world in a new light. Banished are the flashback of food retailing past with its hodgepodge of legacy technology with no integration or control. Rejected are the home grown and OEM systems that he saw in the nightmare of food retail present with their costly business models and limited visibility.  Dismissed are the rose-tinted notions of a cloud-based centralised system that would, in reality, prevent deep data extraction and deny real-time response.

Our victim, or perhaps our hero now, sees with new eyes what he perhaps has always known, the way to the calmness and serenity he seeks lies in the implementation of an independent, fully agnostic IoT system. A system that can integrate each and every sensor and controller and access 99 percent of data. A system where edge computing provides the processing capacity and intelligent analytics to deliver actionable intelligence and valuable automation. A system from IMS Evolve.