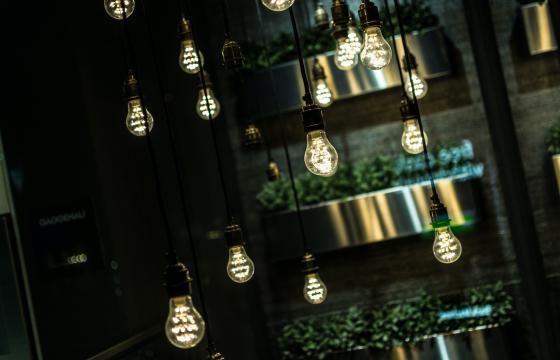 We get to know our Chief Commercial Officer, Jason Kay, in this second installment of IoT Visionaries.

Food retail is a constantly evolving industry, with innovation in technology providing a way for retailers to gain a strong competitive advantage whilst ensuring they are running their businesses in an environmentally conscious way. In the second instalment of our IoT Visionaries series where we shine a spotlight on the individuals who have been at the forefront of developing such retail technologies with IMS Evolve, we talk to our Chief Commercial Officer and co-founder, Jason Kay.

Originally from a sales background, Jason was brought on board to design a launch strategy during the conception of what would ultimately become IMS Evolve. After quickly realising the potential of the technology ­­– not just for food retailers but for the good of the environment – Jason recognised he could offer much more than simply helping to get the venture off the ground.

“I knew that data-driven automation could be an incredibly powerful tool for any business with mission critical machinery and high operational costs,” said Jason. “What we know as IoT today began as Machine to Machine (M2M) management. What the team of co-founders were talking about from the very beginning was using M2M technology in a way that could generate incredible value for food retailers, but also have a huge positive impact on the carbon footprint of the food retail industry. The unique combination of micro and macroeconomic impact was what truly inspired me when starting the company.”

When the company was founded in 1999, the world had entered a new environmentally conscious phase. The Kyoto Protocols had been signed two years previously and food retailers were acknowledging the importance of reducing their carbon footprint.

“A lot of people think that environmentalism is a fairly new phenomenon but, in the decade prior to the 2008 crash, the cultural approach from food retailers toward carbon emissions was that reduction was both a social and environmental imperative. Carbon reduction strategies were seen as something retailers had to do in order to appeal to the public, as well as being something that they had a moral imperative to carry out,” continues Jason.

“But, with notoriously tight margins and pressure to remain competitive, it was hard for retailers to properly invest in sustainability projects. What IMS Evolve was able to offer food retailers – and still does – was something completely revolutionary: A way of reducing carbon footprint without having to completely replace existing infrastructure, whilst also reducing the resources they consume and ultimately improving the experience for their customers.”

The IMS Evolve team had developed a solution to one of the biggest problems in food retail. Its agnostic machine integration engine could gather millions of real-time data points from connected assets and translate the data into one common language, allowing assets from different manufacturers and of differing ages to be integrated into the IoT layer. This provided retailers with the opportunity to release estate-wide value from digital strategies without having to rip and replace existing infrastructure, drastically reducing initial costs and asset downtime and removing the barrier to adoption.

IMS Evolve’s controls agnostic solution works by using real-time data to identify inefficiencies across mission-critical assets, enterprise systems and third-party resources. The solution can then either contextualise and distribute actionable data, or make relative adjustments through high levels of automation. Correcting inefficiencies can vary from ensuring refrigeration devices are at an optimum temperature to suit the produce within them, automatically dimming lights when they can be superseded by sunlight, or automatically dispatching an engineer for preventative maintenance works identified through the platform.

“When the 2008 financial crash came, it forced a more pragmatic shift in food retailers’ approach to investment. All of a sudden, it became imperative that new infrastructural investments could stand on their financial merits as much as their environmental ones. We became an essential provider to our customers and helped them through this turbulent time by consistently innovating to deliver additional value, whilst working alongside them to identify opportunities to save money and remain conscious of sustainable responsibilities.”

“The solution offers, at its heart, a quick return on investment that is fully aligned to our customer’s core purpose. At IMS Evolve, we see the positive impacts on carbon footprint and food waste as an exceedingly positive outcome of doing everything else really well. Discovering inefficiencies and rectifying them can save a food retailer millions each year, but as a by-product, also helps the fight against climate change. Productising a software solution that was able to address the genuine needs and challenges of our individual retail customers, while reducing the environmental impact of an entire industry, was a key part of our early value proposition and something I remain focused on to this day.”

IMS Evolve has been working behind the scenes in food retail for the past two decades, helping stores navigate decarbonisation strategies, streamline resource and processes and minimise food waste. Looking to the future, the era of the post-COVID lockdown could prove to be a further big change for food retailers.

“We began by addressing the problems posed to food retailers by being unable to connect devices by different manufacturers and ages together. We have since developed a solution that is robust, reliable and scalable, and that puts our customers data to work in the most effective way to deliver proven results. Throughout the pandemic, our customers relied on us to continue delivering the same level of service we always have, whilst also trusting the solution would allow them to react quickly to adopt new strategies and remotely deploy changes in real-time. This has meant they can confidently focus their resources on keeping the public safe and fed. I have built my career on recognising opportunities to be better, and this is an opportunity to ensure every retailer in the world feels prepared for the future, whether it’s a sudden change in sustainability policies, an unforeseen shift in weather, or a global pandemic.”