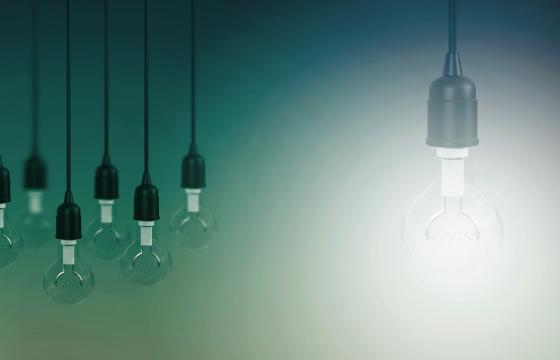 In this first installment of our new series, IoT Visionaries, we shine a light on CEO and founder, Frank Jones.

From sustainability pledges and food fraud scandals to investments in robotics and advanced customer technologies, food retail is widely covered in the news. The constant rollercoaster of good and bad press leaves this tight-margin industry coveting the more innovative ways in which they maintain competitive advantage.

In this new series we will shine a spotlight on the group of individuals that built IMS Evolve, and have been at the forefront of developing the advanced technologies which have been hidden up the sleeves of the world’s largest retailers for over two decades. This first article will look at the CEO and founder, Frank Jones.

In 1999, Frank founded a company that managed machine maintenance for one of the UK’s major supermarket chains. With a vast estate of critical infrastructure to maintain, including refrigerators, HVAC and lighting systems, and contractors being squeezed to work smarter and cheaper, Frank drew upon his computer science background and identified an opportunity to provide a better service for both the retailer and, ultimately, their end customers.

“The potential to use the data coming from the machines themselves to drive informed maintenance regimes was clear. This previously uncaptured data provided visibility over the health and performance of assets in real-time and enabled understanding of the skills and parts required to fix faults quickly and effectively.”

Frank and his team developed a machine integration engine with the capability to gather millions of real-time data points from the connected assets. With varying disciplines, ages, manufacturers and control types across the estate, the system had to be agnostic and have the ability to translate all the captured data into meaningful insights. In addition, an innovative, cost effective approach to data management was developed that utilised edge-based processing and sophisticated real-time analytics to efficiently handle large volumes of data.

This approach, paired with sheer determination from the team, later enabled IMS Evolve to rapidly deploy and fully implement its solution across 5,300 sites for a US retailer in under six months. Food retailers produce thousands of tonnes of CO2 from energy inefficiencies within refrigeration assets alone, and combined with the significant energy and financial savings opportunities across HVAC and lighting systems, the potential of a total-store approach to digital transformation wasn’t lost on Frank.

“Initially, we were solving a specific problem for a large UK retailer using software and edge-based processing technology. We soon realised, however, that this technology could transform operations for retailers worldwide. We were essentially delivering an IoT solution before the term was even coined.”

In its adolescence, IMS Evolve faced a landscape of little competition, but also little understanding of the value that machine-to-machine management, or ‘IoT’ as we now know it, could deliver. The reality of digitalisation and its transformative value was unknown and on top of this, came the added pressures of a tight margined, fast paced industry.

“For IMS to have a shot at success, we had to prove our solutions potential, productise it and make it available to the world’s retailers – and quickly. I’d worked in retail for long enough to know that the margins are tight and time literally is money, so for a retailer to invest in a solution it has to support their core purpose, be scalable, futureproof and deliver a return on investment really quickly.”

By developing a solution that solved very real and common problems within the food retail industry, the team established deep domain expertise and understanding of the retail environment inside out.

Over 20 years on, the IMS Evolve platform has now flourished into an end-to-end solution, leveraging data from multiple assets and systems in the retail environment to deliver significant improvements in energy efficiency, maintenance, productivity and operations.

The technology now spans the entire retail supply chain, serves thousands of sites across the world’s leading retailers and traverses multiple verticals including oil and gas and financial services. Last year, the company was named one of Britain’s top SME exporters.

The bottom line for Frank, though, is that constant collaboration and innovation is the key to success. With a strong core purpose, a clear set of values and the flexibility to innovate and accommodate, IMS Evolve has gone from strength to strength.

“My advice for those developing a disruptive technology is that they must be prepared to evolve with the needs of their users and be willing to stand alongside them during their digital transformation journey.” says Frank. “To continually progress the technology, an engaged team of subject matter experts is crucial. IMS Evolve may be a pure software player, but our team of engineers and ex-store managers are some of our most valuable employees. To drive such transformative change, you can only achieve real and sustainable value by truly understanding the machines you’re working with and accurately aligning strategies to the goals of the organisation you’re working with – and that’s a people thing.”