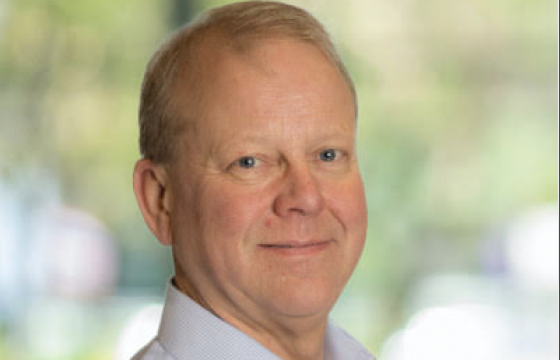 For the first article in our new series, we spoke to Retail Consultant, project leader and keen trekker Ed James

IMS Evolve works with a range of partners to deliver the best solutions for its customers. From specialist consultants to industry-leading organisations, we’re proud of the external teams and individuals who work with IMS Evolve. Following the success of our Inside IMS series which highlights some of our fantastic employees, we wanted to highlight our brilliant external partners in a new series of articles: Outside IMS.

For our first article in this new series, we spoke to retail consultant, Ed James. Ed’s consultancy service has become an integral part of the IMS Evolve operation, helping to support some of our UK and North American customers through the implementations of the IMS solution. Ed is therefore the perfect candidate to kick off our new series: ‘Outside IMS’.

Ed knows the food retail industry inside-out having spent much of his career working in retail property departments and helping to lead digitalisation projects for some of the best-known brands, such as the Co-Op and Tesco. From contract management to store fitouts and planning, Ed understands the complex infrastructure and bespoke requirements of supermarket estates, as well as how to implement solutions to drive targeted value for both the business and the end consumer.

During the summer of 2019, Ed felt the time was right to take a shift in his approach and he stepped back from in-house roles within retailers to become a self-employed consultant. It was this move that led him to become directly involved with IMS Evolve.

“I had previously worked very closely with the IMS Evolve team during my time in-house at a major retailer,”said Ed. “One of the IMS team reached out to me a couple of months after I became self-employed and asked if I wanted to lead an offshore proof-of-concept (POC) project in Mexico that IMS were about to embark upon. The POC was for nearly 100 stores in a major retailer’s estate over there, so I jumped at the chance!”

Since then, Ed has worked with IMS Evolve on several projects both in the UK and abroad as a consultant and team leader and has loved the variety and scale of each one.

“The current POC I’m working with the IMS Evolve team on is very exciting because it has the potential to become one of the company’s biggest customers in the UK. There’s so much potential in retail technology at the moment, and it’s a pleasure to be involved in these incredible projects.”

Whilst the potential scale could be quite daunting for some, Ed has both the knowledge and experience to work with some of the biggest names in retail.

“Sometimes with a POC the scale can be quite limited, but I’m absolutely determined that myself and the team at IMS Evolve will be able to show the technology’s advanced and unique capability in its best light. For retailers, this is very often about proving the speed, scalability, and robustness of a solution.”

Despite being an external consultant, Ed feels like one of the IMS team, and particularly enjoys the nimbleness and adaptability of the company. During the pandemic, he says, it was important that solutions providers were able to quickly change to meet the needs of retailers which, thanks to IMS Evolve’s experience and the nature of its solution, the company was able to do easily.

“Certainly, during the pandemic, stores needed to change the way they operated and therefore the demands on us changed; suddenly stores needed to pump lots more clean air into stores, adapt to changes in opening hours and staff shift patterns, and we needed to help them manage that. It was great to be part of a team that was so responsive and so adaptable to what was a totally unprecedented situation.”

But it’s not just the adaptability and responsiveness of IMS Evolve that Ed loves; it’s also the people and the potential.

“I really enjoy working with the team, as everyone is always helping one another achieve their goals. I also enjoy the fact that there are things going on that stretch my experience, such as the innovative Digital Sandwich project. All the exciting conceptual work being completed with the likes of Lincoln University allow me to constantly build my knowledge and experience. I don't like standing still, which is just as well because IMS Evolve don’t allow me to!”

Ed’s consultative work at IMS Evolve takes up a lot of his time, but when he does get some down time, he enjoys getting outside.

“I enjoy cycling and I’m part of a cycling club in the village where I live. I’m also an avid walker of the long-distance kind: last year I walked 80 miles between Glasgow and Pitlochry, and I’ve done the West Island Way and the Speyside Way as well. I try to get at least one long distance walk in each year.”

The Speyside way in particular was one of Ed’s favourites, for the simple fact that it contained such a fantastic array of whisky.

“The whisky tour starts right at the sea, and you get the opportunity to sample some fantastic products. It’s a good job the long distance gives you a chance to walk it off, otherwise you might be staggering across Speyside!”