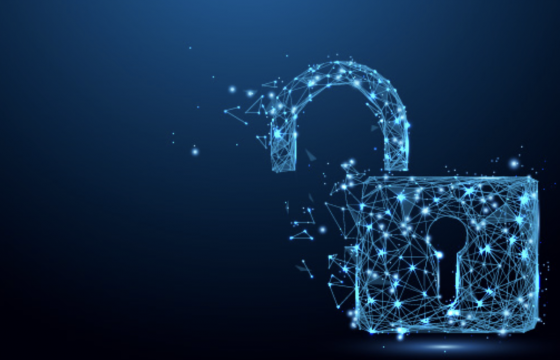 Our MD of Global Retail, Jason Murphy, explains how the IoT can be just like Switzerland...

IoT, like Switzerland, benefits massively from an agnostic approach. In a world of complex layered cold-chain technology that would challenge even an eminent archaeologist, the implementation of an IoT system needs to be independent of the immediate systems and assets it seeks to integrate with, while also being able to communicate and interact with all levels of controllers and sensors.

When looking to deploy retail IoT solutions at scale, the key challenge faced is the proprietary nature of the infrastructure that is already in place. So much of the thinking behind IoT is based on the premise of a greenfield site where entirely new and compliant technology can be wheeled in and switched on.

Unfortunately, reality is not quite so kind. In practice, an IoT solution would need to integrate with existing legacy and modern equipment from a variety of Manufacturers (OEMs), many of which possess controllers with closed protocols or siloed monitoring systems – and all speaking different languages.

All too often IoT projects flounder on the need to integrate the old and the new in a seamless architecture, leaving IoT projects stymied and unable to move beyond a pilot stage.

This brings me to my first point, that effective IoT solutions must be able to effectively integrate with existing infrastructure, legacy equipment and existing enterprise systems. In other words, they need to be agnostic.

Even with an agnostic approach to the acquisition of data, the IoT problem is not solved.  A second challenge is understanding and contextualising the information being collected.

The first principle is that the target data needs to be extracted from the sensors and monitoring systems in real-time.  IMS Evolve prides itself on accessing over 99% of target information in what we term ‘deep data extraction’, but many retail IoT systems are missing up to 13% of the data, meaning their insights are fatally compromised.

However, the success of deep data extraction also provides its own challenge in the sheer quantity of data and how it relates to other data sources. To counter this, we believe that data needs to be acquired, processed and analysed locally through edge computing. This renders a cleaner dataset in which the data can be contextualised, automated or actioned effectively, with analysis taken in real-time.

This edge-based processing also enables the system to focus on exceptions from pre-determined rules and policies, prioritising potential failures of mission-critical assets that threaten energy efficiency or customer safety, rather than continuously alerting during natural behavioural fluctuations that create a lot of ‘noise’ and distract from crucial events.

Through this deeper understanding, the IoT software can also continuously look for inefficiencies in asset behaviour, schedule condition-based maintenance, drive predictive maintenance and identify root causes, such as compressor issues and temperature variation in refrigeration cases that if unattended can lead to machine failure.

This local edge-based approach to IoT provides a means of capitalising on the IoT intelligence on offer. This means not just recognising isolated incidents in a store, but grasping the full context within the environment. For example, a system that can understand that a fridge is running too cold because there is a faulty HVAC unit blowing unnecessarily hot air onto the fridge’s temperature sensor, would recognise the need to send an engineer out to fix the HVAC unit. Without this context, a refrigeration engineer would be called out, only to report back that the fridge was healthy, and would be called out again when the stock froze again the next day – with each visit coming at a cost, as well as losing stock. This crucial context of an alarm along with its severity, maintenance history, parts inventory and behavioural patterns, can reduce the call out of fridge engineers by 80% compared to one that lacks this capability.

This brings me to my second point; the IoT system needs to communicate seamlessly across all levels and types of devices across the cold-chain network.

An effective IoT system needs to match the depth of data extraction with sophisticated analysis, action and automation capabilities in real-time.

Even in deployment, the system needs to be autonomous, so IMS has developed an auto-discovery tool to identify devices against our comprehensive library of thousands of drivers, making integration across large estates rapid and efficient. As an example, we were able to integrate our IoT layer across 5,000 retail sites in under six months.

This speed of implementation, and constant vigilance once active, enables retailers to benefit immediately from a cold-chain IoT system.

In a world of conflicting vendors and proprietary standards, an effective retail IoT solution needs to be a neutral, fast-acting response to the inevitable crises that evolve. To deliver true value, solutions must provide retailers with the ability to bring together their complex legacy, modern and future infrastructure into one clean and consolidated layer, enabling the real-time data to be put to work and allowing multiple applications to take advantage of the advanced platform.