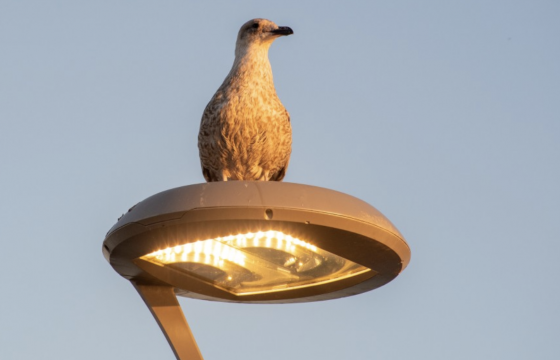 Read our CEO’s latest Let’s be Frank post on why IoT enabled lighting is a really bright idea.

Supermarkets are responsible for around 3% of total UK electrical energy consumption. Recent headlines claim that refrigeration systems account for almost half of this (we have explored how IoT technologies can drastically improve refrigeration efficiencies here), but what other electrical inefficiencies are retailers facing, and how can IoT help?

Lighting alone is estimated by The Grimsby Institute to consume almost a quarter of retailers’ energy consumption. In serving this high demand, a whopping 1.0 Metric tons of CO2 is generated throughout the electrical energy production process. Just a 10% annual energy saving could see retailers achieve a 355,000-tonne reduction in CO2 emissions.

There’s more to energy efficient lighting than simply switching to LED bulbs. Whilst LED lighting has been an important step towards reducing wasted energy through inefficient systems, in reality they represent a small part of a potentially much broader saving. Implementing targeted and contextualised strategies, schedules and systems is where you can really make a difference.

It’s logical to assume that supermarkets require internal lighting during opening hours and external lights when it gets dark. To manage this, traditional systems usually incorporate scheduled timers or photocell sensors. Timers can be used to determine when a bulb should be dimmed or turned off, whilst photocell sensors detect when there is enough daylight to adjust the lighting without negatively impacting store brightness.

However, there are flaws in these systems that hinder how energy efficient and effective they can be. Timers can drift into inaccurate routines due to the variable nature of sunrise and sunset, as well as being ineffective when it comes to adapting to irregular factors like staff schedules. Photocell sensors degrade over time and become imprecise and unreliable (estimates show degradation at 7% per year for external sensors alone!).  Eventually these photocells require replacement, which, when scaled across huge estates, can be extremely costly for the retailer.

A bird perched on a carpark sensor can trigger the lighting system to switch on in the middle of the day. Birds are also known to defecate (yes, poo!) on photocell sensors causing them to generate inaccurate readings (this is actually one of the most common causes of photocell inaccuracies). The subsequent maintenance calls to clean or fix these defective sensors can cost up to $600 per visit; replacing damaged or aged sensors costing upwards of $12,000.

The solution, then, has to be smarter – and that’s where the Internet of Things (IoT) comes in. Through the adoption of an IoT solution, such as IMS Evolve, advanced software applications can be used to fully optimise both interior and exterior supermarket lighting.

For the team at IMS Evolve, the first step is to define what goodlooks like. What is the function of the lighting both inside and outside the store? How is it supposed to operate – what are the optimum settings? Once these key factors are established, an analysis of the current lighting infrastructure is undertaken, identifying any faulty lights, drifted schedules and severe inefficiencies. Creating a gap analysis identifies anomalies and provides an ‘optimum verses reality’ view, from which the strategies required to progress the store from its current state to fully optimised can be defined.

Crucially, these are not strategies that require additional infrastructure or sensors.

Through the touch of a button, the IMS Evolve software layer implements changes across an entire estate, from setpoint adjustments and reverting manual overrides, through to aligning lighting schedules with astronomical clock data, with the opportunity to contextualise against external factors such as weather, occupancy and time of day.

These software-driven strategies have been shown to deliver multi-million-pound energy savings almost immediately. The integration of IoT in supermarket carpark systems alone has proven to reduce the time lights are switched on by an average of 180 minutes per day. This has saved 60 million megawatt hours per year for one supermarket using the IMS Evolve solution in North America, an efficiency saving that works out at $5.1 million per year!

Thanks to thousands of pre-existing drivers and deep domain expertise, the IMS Evolve software layer can be deployed cost effectively and at speed across thousands of sites, using existing infrastructure and a proven IoT platform that is already being used by some of the largest global retailers.

Without the costly start-up expense, major food retailers are increasingly realising that, from both a business and environmental perspective, IoT-enabled lighting is a really bright idea.